i dont know EXACTLY how well this willl work but i have an interesting idea. using a fog machine (not haze) placed underneath the deck, and a rosco image-projector, i beleive that we could project an image onto a plume of smoke. this would give the effect that an apparition is seemingly appearing out of nowhere. 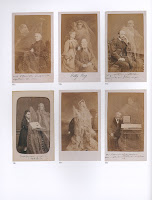 inspiration came from Richter's "perfect medium" in which he captures spirits unseen by the naked eye on film. you can see a compilation of pictures above

any thoughts on when this plan could be best executed within the script Isaac? i could take a picture of one of the actors in a costume, then edit the photo on my computer, print a slide of it and project the image in its exact form onto the plume of fog. what do you think? this would need to be planned in advance. unfortunatly i can not garantee sucess in the project, yet i do feel optimistic. 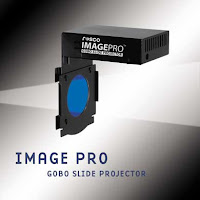 above is the actual projector. it slides directly into a lighting instrument similar to a gobo (therefore is very versitle in location thoughout the theatre).
Posted by eric at 11:54 AM

As far as good points in the script, might I suggest the monologue from the audience member that begins with "the floor had gone soft." A rather ghastly (but effective) idea is to photograph several of the actresses, and then project their image during his speech... Considering it deals mainly with this man stepping over others, women mainly, just to get out of the theatre before burning.

That -- or the children tryptich. Possibly?